It’s beginning to look a lot like… December festivities! In my opinion, there’s nothing like this Apple Cider Bellini to kick off your holiday festivities and wrap up the end of year.

I made this cocktail with the holiday season and celebrations in mind. Nothing says celebration, good times, and good company like a glass of champagne or Prosecco. I decided to brighten up this drink by adding some spiced apple cider. Combined with an ounce of vodka, this is one of my current favorite cocktail recipes. 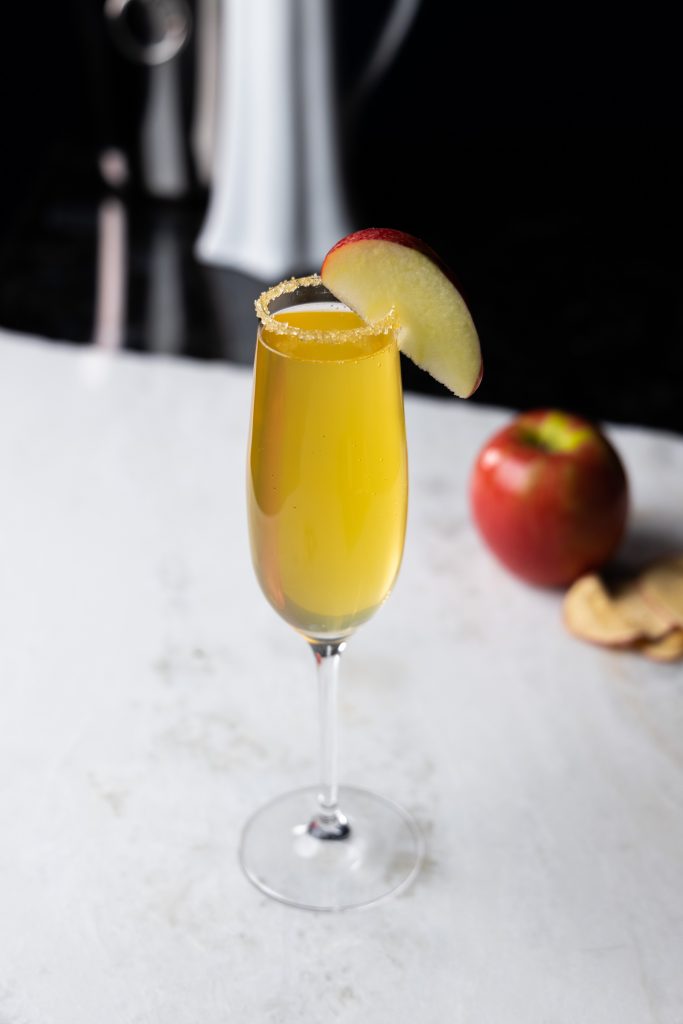 The Bellini was first invented in Italy by Giuseppe Cipriani, the founder of Harry’s Bar in Venice. He created this beverage from white peach puree and Prosecco which he named “Bellini” after Giovanni Bellini, a 15th-century Italian painter whose work is still admired today. Since then, the Bellini has become an international favorite and is now served all over the world.

My version of this classic uses spiced apple cider instead of peach puree, which gives it a flavor that people are sure to enjoy during the holidays. I also used vodka as my spirit of choice, but you can easily substitute it with any other type of liquor such as rum, whiskey, or tequila – whatever fills your cup! 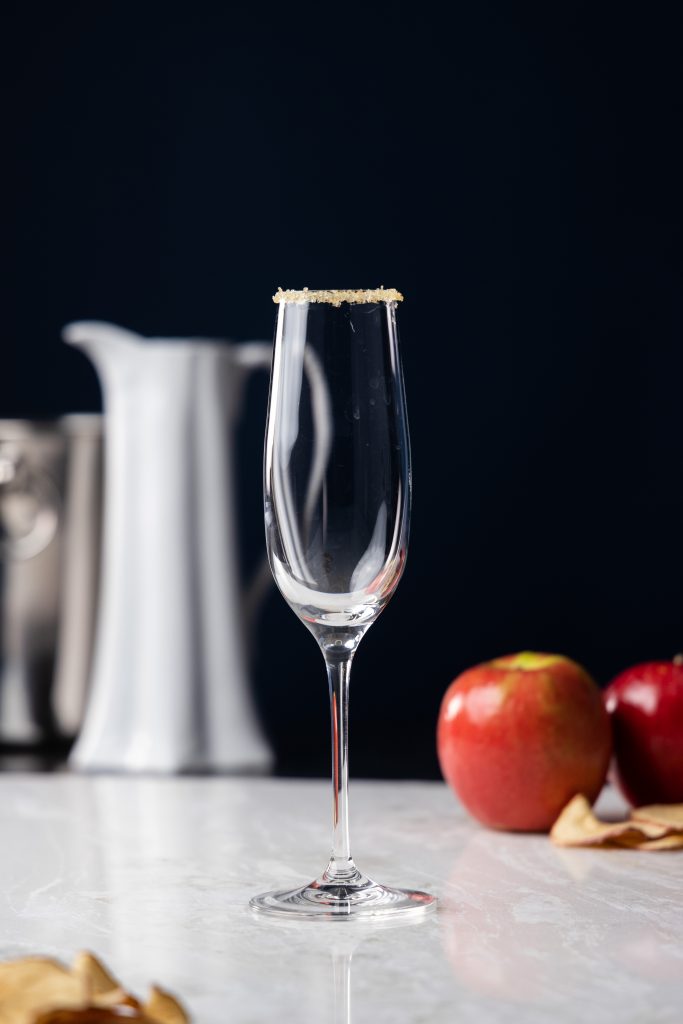 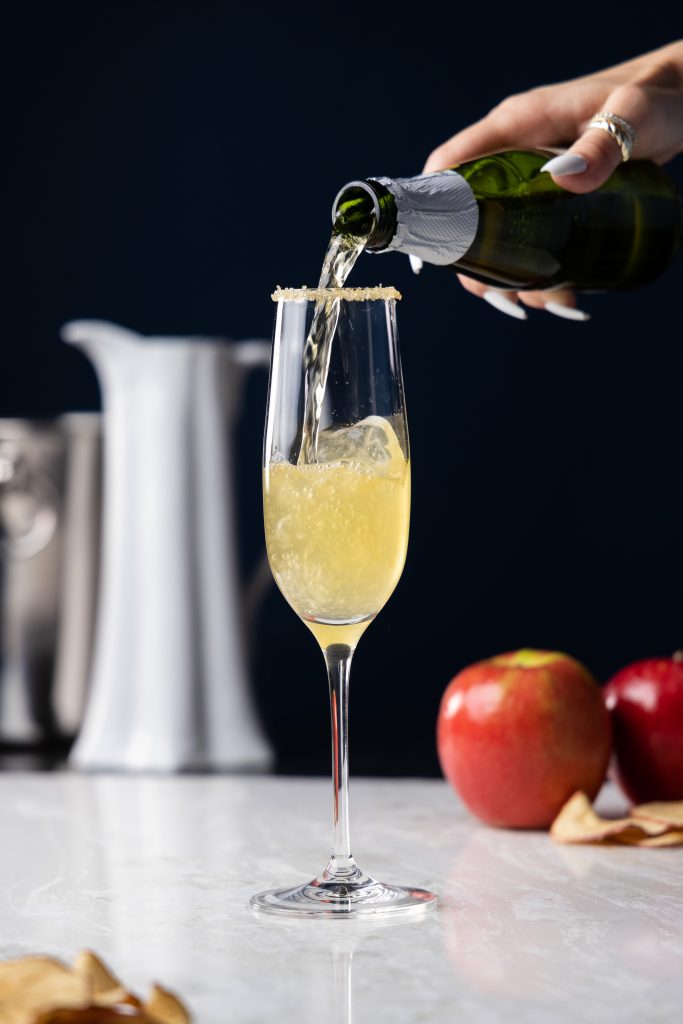 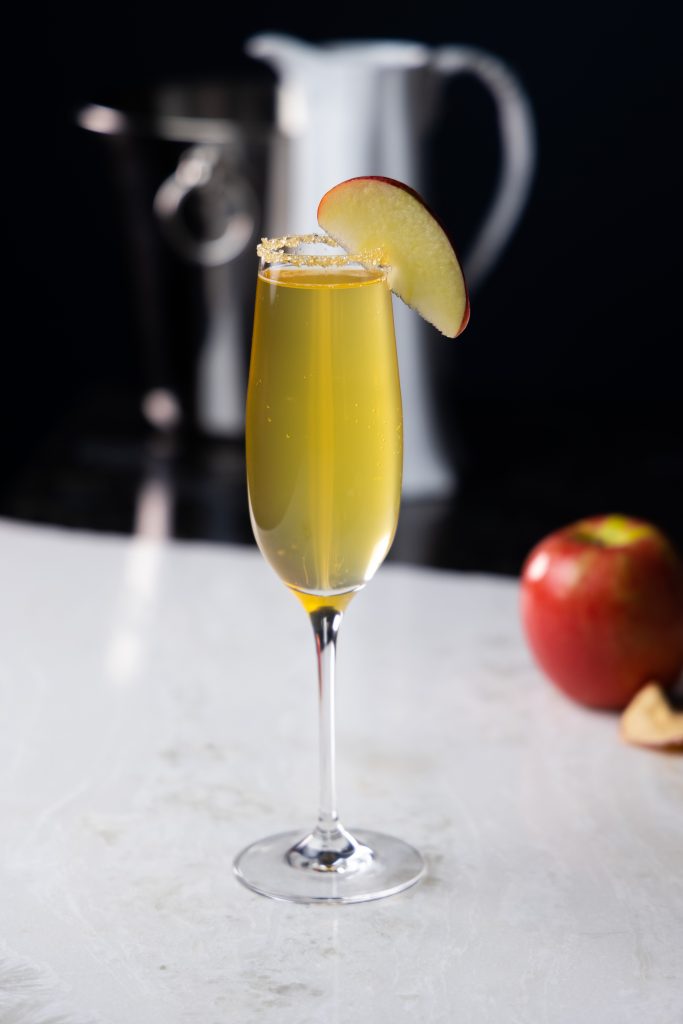 Step 3: Garnish with an apple wedge.⁠

So what are you waiting for? Celebrate the season with an Apple Cider Bellini and get ready to start the countdown! Cheers!

Can substitute Champagne with Prosecco if desired! 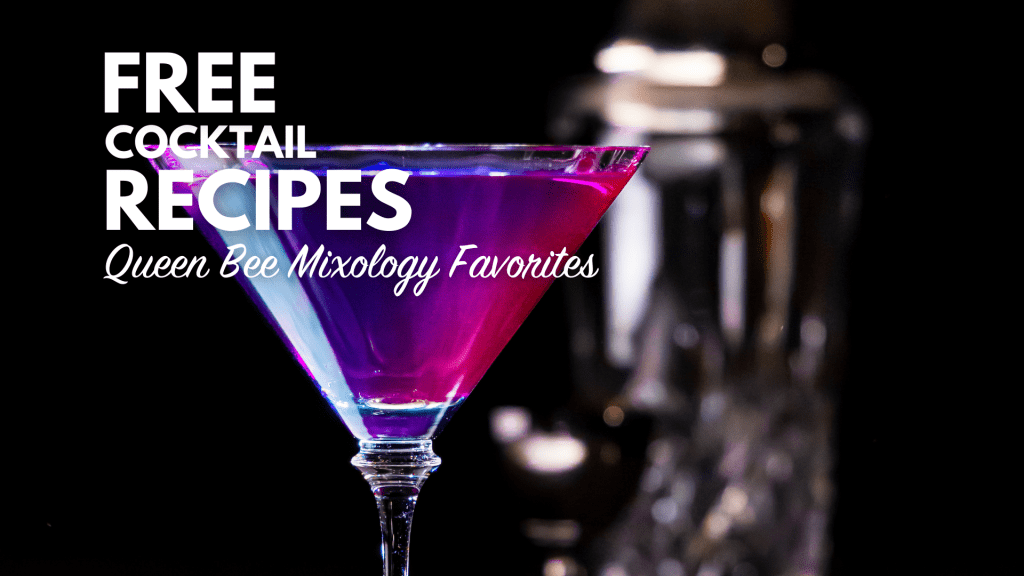